The West Shore Plaza, a 22-store landmark center in Lemoyne, PA, has been a Neighborhood Champion for American Express’s SmallBusiness Saturday for three years. The Plaza runs a month-long Facebook sweepstakes highlighting its locally owned small business tenants. And for the past two years, it has partnered with the Four Diamonds Fund and Penn State’s THON to build awareness and support in the fight against pediatric cancer.

“For the past 51 years, we’ve been a community shopping destination, and we strongly support our small business tenants as well as our national anchor tenants. Small Business Saturday deserves more than one day a year and this year we took our small business message to the Harrisburg Capitol steps and asked the Governor to issues a Commonwealth Proclamation declaring the entire month of November as Small Business Month and Shop Small in PA,” says Richard E. Jordan II, CEO, Smith Land & Improvement Corporation and owner of the West Shore Plaza. As partners in Pennsylvania’s economic development, Smith Land demonstrated its commitment to building healthy communities and creating opportunities for enterprise.

Deeter Gallaher Group created and orchestrated the #ShopSmallPA media conference on Tuesday, November 15, 2016, at the Pennsylvania State Capitol. A strategic goal of the campaign was to amplify the voice of small business owners in Pennsylvania, and in particular, draw wide attention and engagement with the thriving small business tenants at the West Shore Plaza. The Governor’s Proclamation and a House Resolution were powerful tools to engage the public and expand opportunities for small businesses to start, grow, and scale in the Commonwealth.

A media release and media advisory informed journalists and the public of the event, as well as branded invitations from the presidents of both Chambers of Commerce.

A comprehensive report on the #ShopSmallPA campaign included measuring event data, tenant feedback, legislative impact, and community engagement. The press conference and event were a success in both numbers and small business stories! 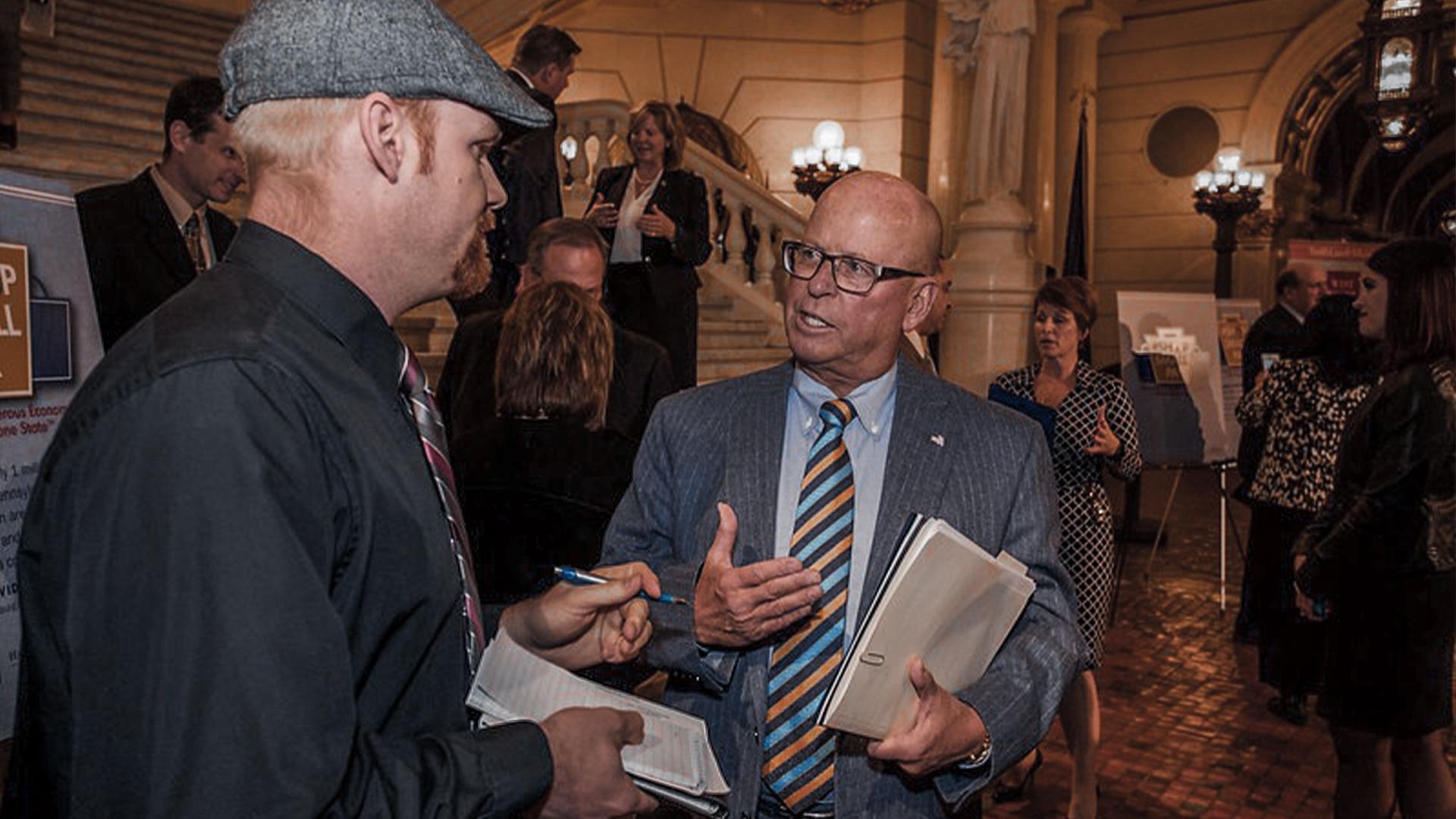 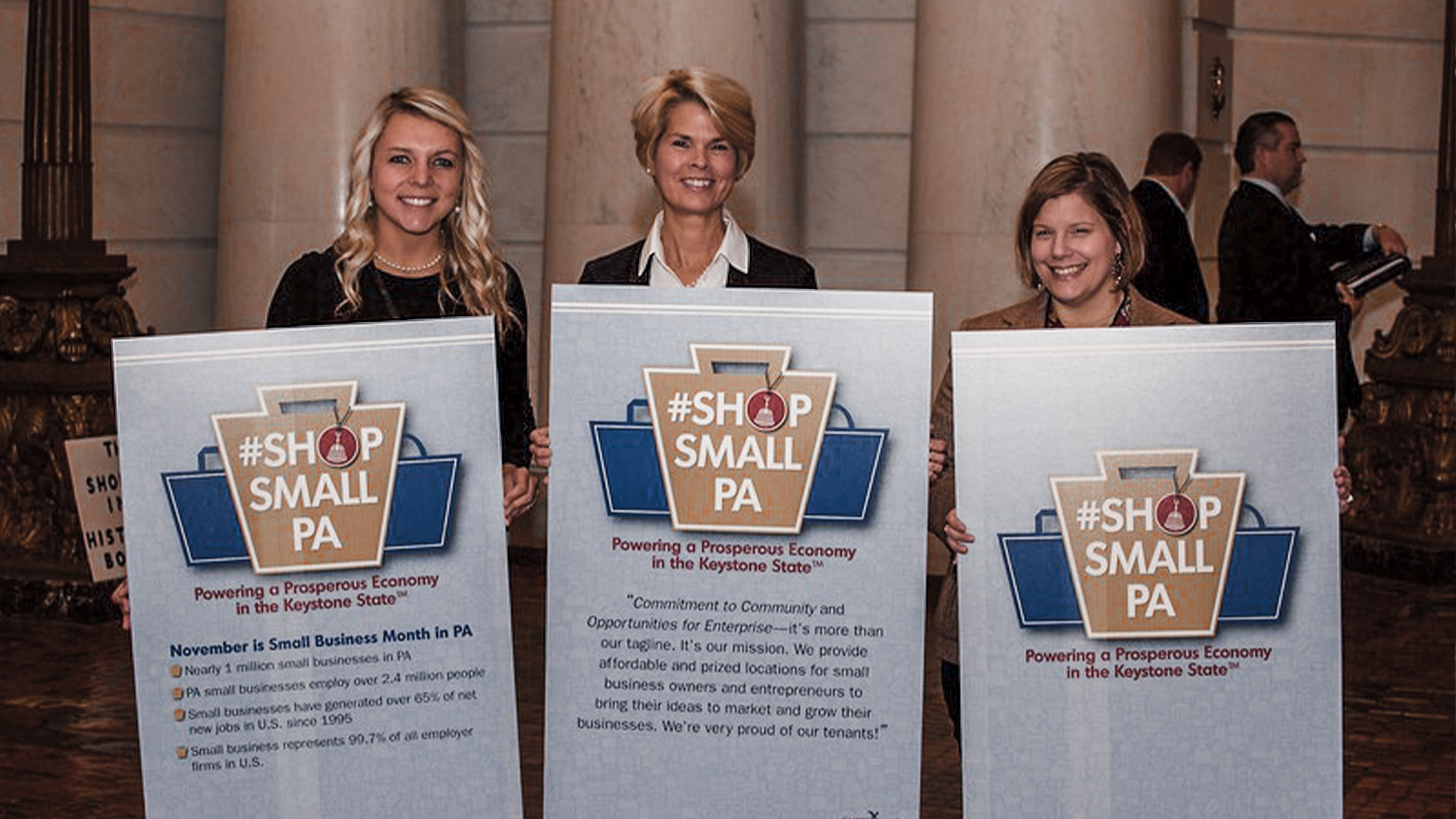 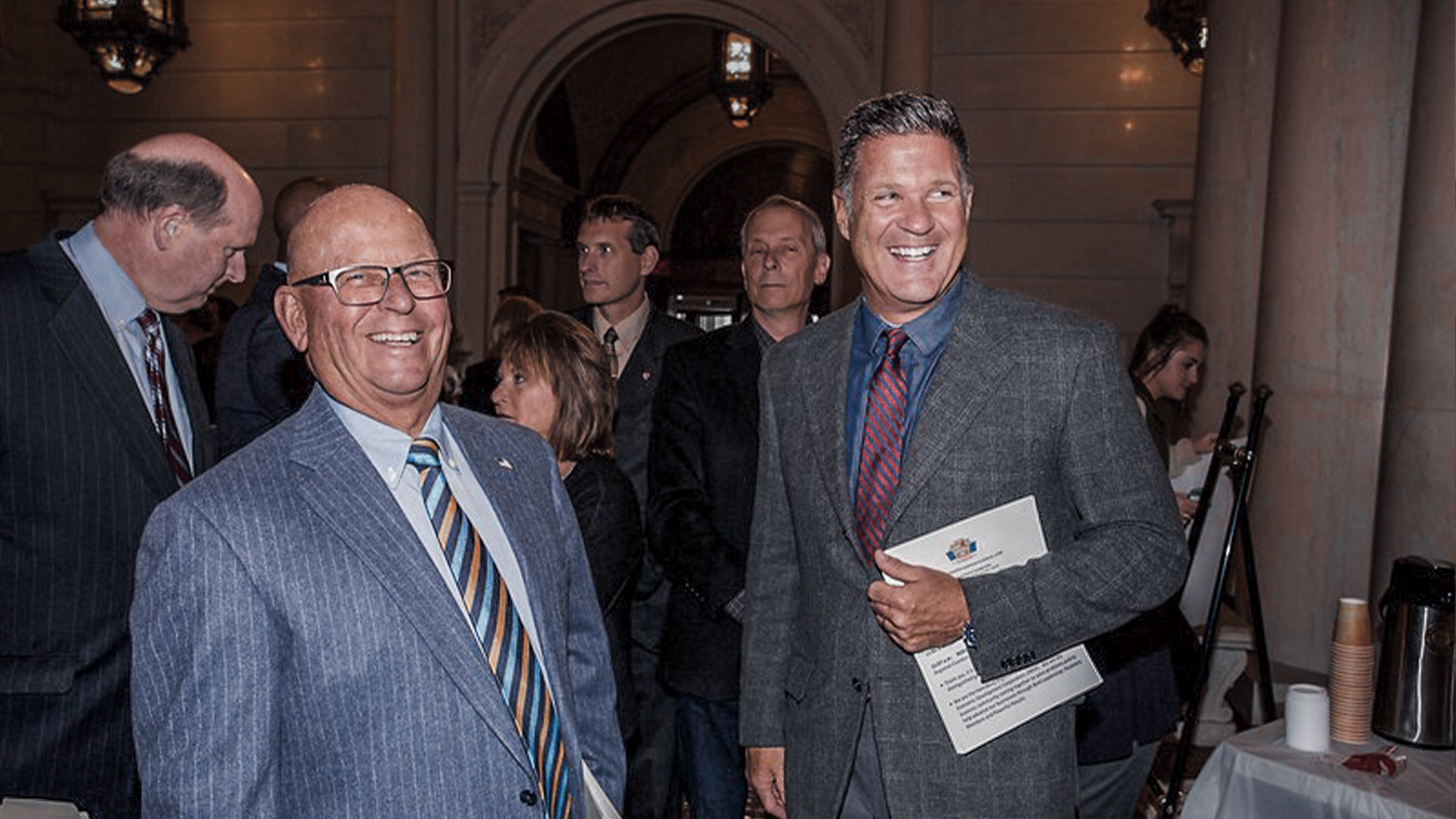 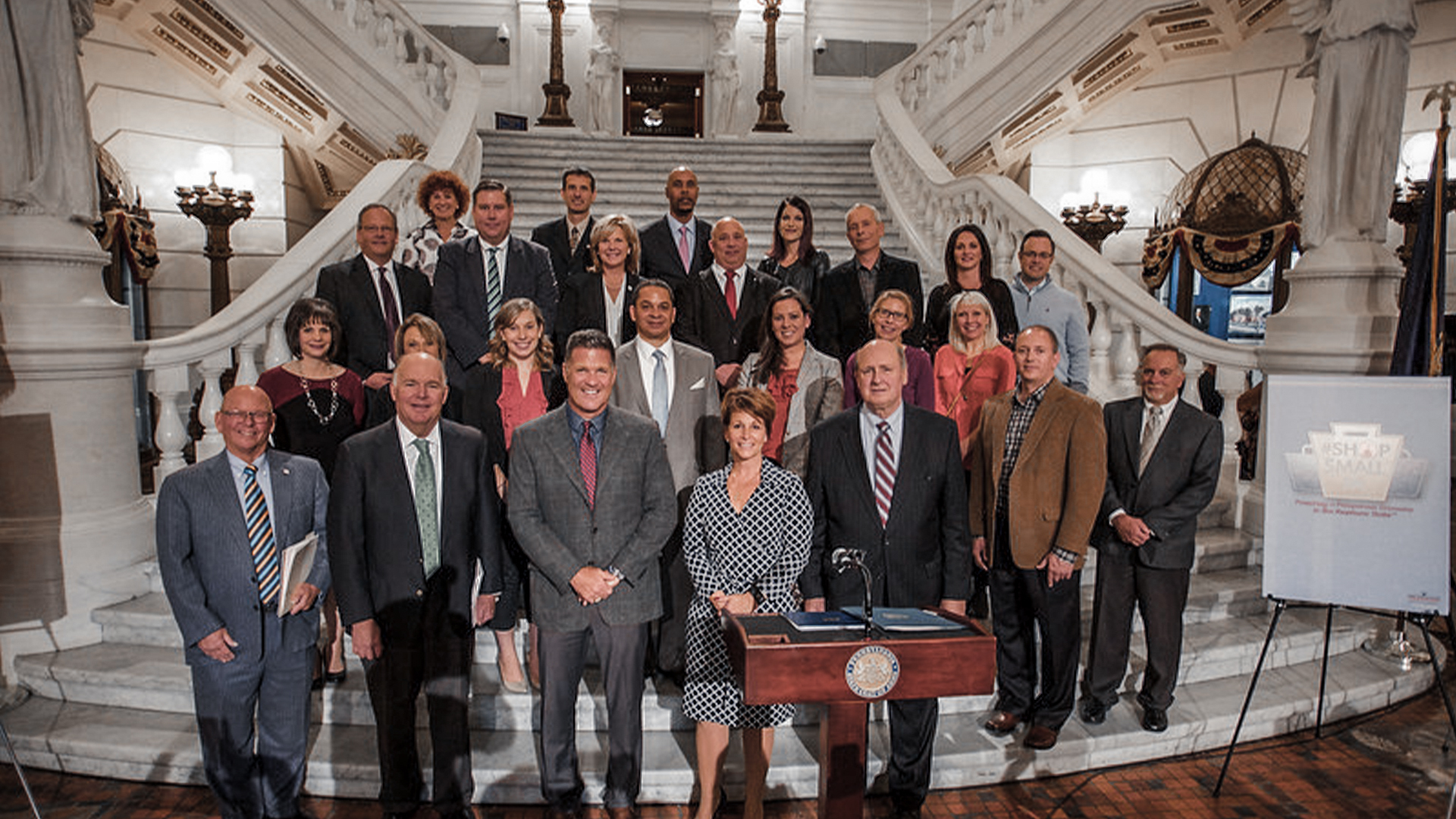 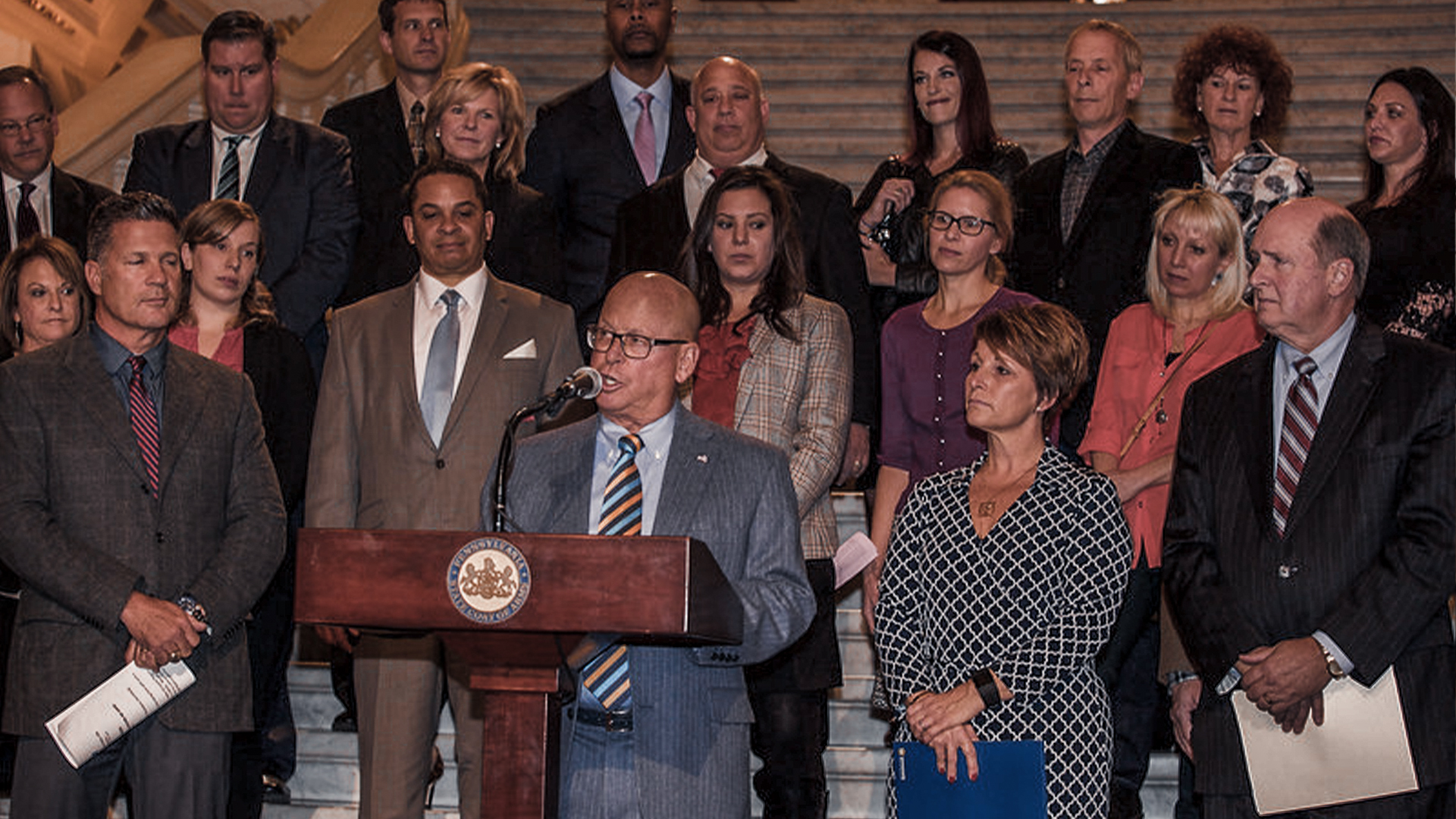 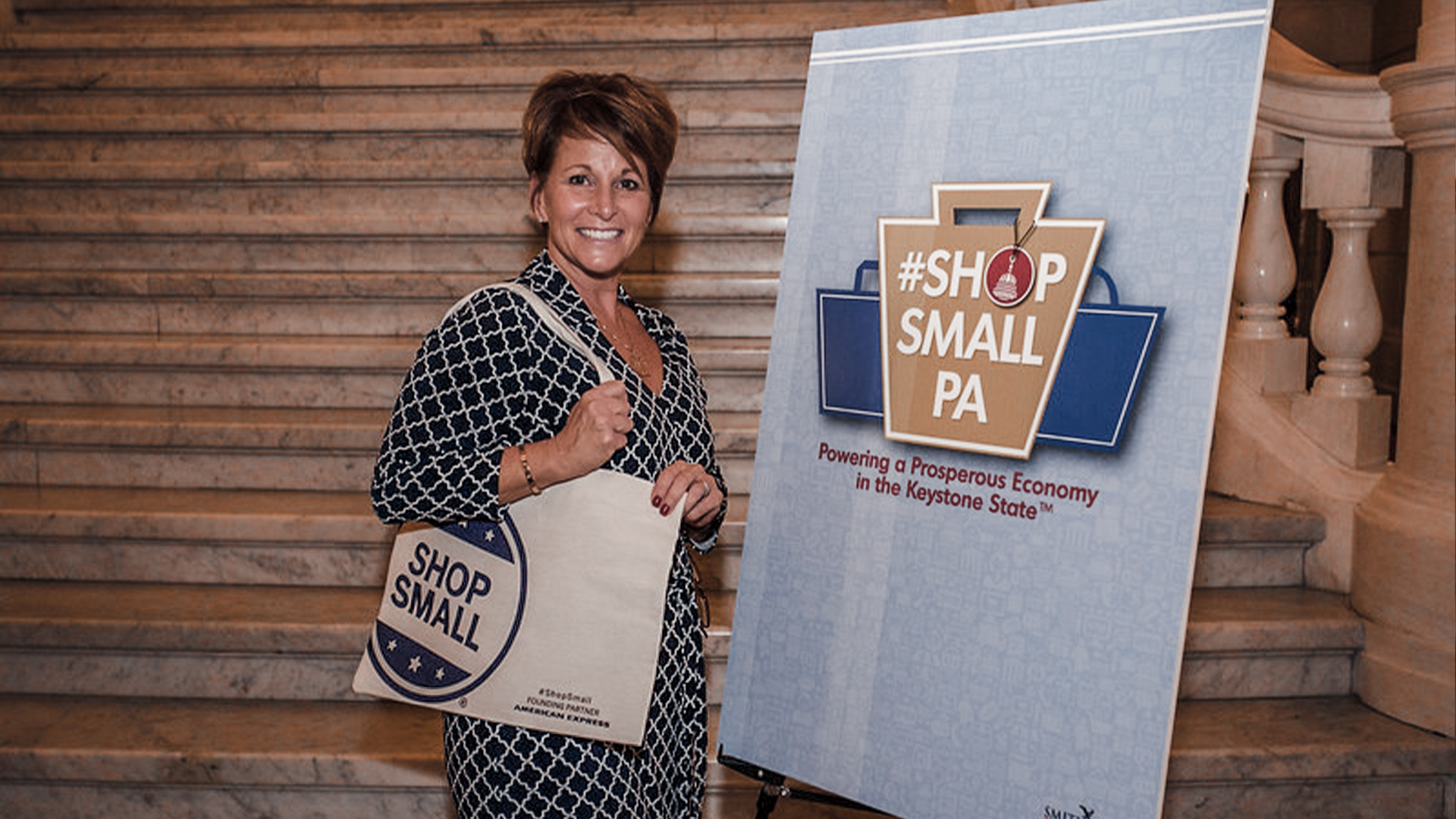